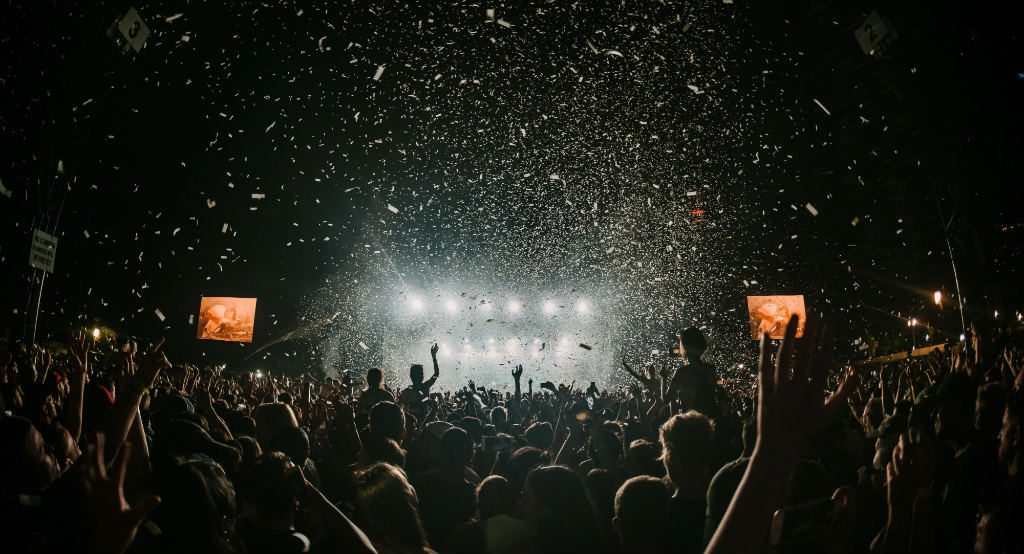 Check out our introduction to Barcelona music- Learn about the bands and artists that create the soundtrack to everyday life, parties and art happenings in Barcelona city!

The Barcelona sound is far from a singular thing. There is the use of language for starters; you have artists that express themselves in Catalan and those that do so in Spanish. Barcelona is Spain’s most international city attracting artists from all over the world, including “immigrants” from the south of Spain. There is a large Andalusian community in Barcelona keeping the Flamenco tradition alive and kicking here, at times mixing it up with more contemporary sounds. In fact those Barcelona based artists of international renown are characterized by mixing elements of traditional Spanish (or latin) music with pop/rock/electronica – a mestizo sound.

Ojos de Brujo – formed in Barcelona in 1996 have been pioneers in developing this particular musical melting pot with Flamenco as a basic ingredient, throwing in rock, hip-hop, reggae and whatever else inspires them at the moment. They scored a huge hit with their album Barí in 2002 which gave them an international audience.

Els Amics De Les Arts – Singing in Catalan and producing down to earth folk-pop, they are less colorful than Ojos, with a more limited fan base. Nonetheless a pleasant acquaintance.

Dusminguet – 1995 – 2004 Representatives of the Pachanga style – a mix of rock, rumba, flamenco and reggae/ska. Lyrics in Catalan

Mourn – A group of youngsters from the coastal town of Cabrils dedicated to Indie Rock.

Love of Lesbian. – One of the most successful acts to emerge from Catalunya., winning awards and topping the Spanish record charts.

Rosalía – is the latest, and brightest, star on the artistic sky over the region and the country. Born in 1993 in the small Catalan town of Sant Esteve Sesrovires she is an unlikely candidate for the torchbearer of traditional flamenco song, but her fantastic vocal ability and creative touch of mixing the traditional with contemporary influences makes her a superstar in the making.

Manu Chao – born in Paris of Spanish parents in 1961. A truly cosmopolitan artist with lyrics in four languages (French, Spanish, English and Portugese), but certainly belonging in a list of influential Barcelona based artists. He has had his base in the city for a considerable time and his unique mix of styles is a point of reference for any Barcelona band touching upon a similar “World” template. A must-see live artist.

Kiko Veneno born 1952 in Figueres, Catalonia but grew up in Andalucía. Influenced by both the Flamenco tradition and the great international singer/songwriters of the 60s/70s (Bob Dylan etc.).

Barcelona is seat of the prestigious Sonar electronica festival, and the city has a thriving “underground” community as well as a scene for club music.

Thrystero Organic Electronica. – a Norwegian born, nomad noisemaker working with mainly guitars and found sound. The Espai album reshapes the sounds of the streets and the underground sneaking in sounds culled from various instruments. Listen in Spotify.

Anímic – Recommended: Their fourth album “Hanibal”, which is an intriguing mix of post-rock tendencies and Catalan folk. With songs in Catalan and English. Listen in Spotify,